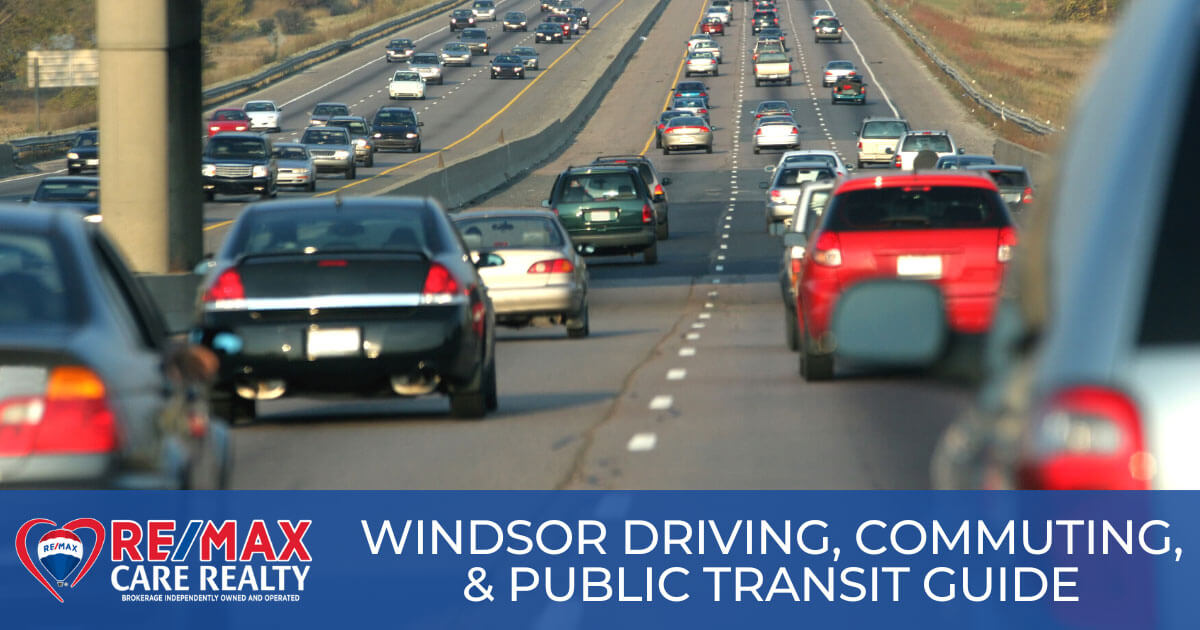 Windsor, ON, enjoys an enviable climate as one of the southernmost mid-sized cities in Canada. The weather, economy, and the cost of living in Windsor are some of the most significant motivating factors for people moving here. The increased population growth in Windsor means many more people are on the roads today than a few years ago.

Newcomers will want to learn about the major routes to get around town and what to expect while driving at different times of the day. Windsor also has a good public transit bus option to know about, and we'll also cover commute times from outlying municipalities in this guide. Here is a closer look at driving, public transportation, and commute times for residents living in Windsor, ON.

Get to Know Your Major Roads

The EC Row Expressway is an essential road for those commuting from their homes in Windsor. It originates east of Windsor and terminates on the city's west side when it turns into the smaller Ojibway Parkway. This is one of the most critical east-west roads for traversing Windsor. Highway 401 bypasses Windsor on the south edge of town. When 401 reaches the South Windsor neighbourhood, it curves slightly to the northwest until it connects with the EC Row Expressway and terminates at Ojibway Parkway. Highway 3 continues north from the interchange between 401 and the EC Row Expressway until it turns into the Ambassador Bridge, crossing the Detroit River.

Dougall Parkway is a road that splits off Highway 401 in South Windsor. This street runs north through South Windsor, South Central, and the City Centre. Many of the major shopping areas in the city are along this roadway.

What to Expect Driving at Different Times of Day 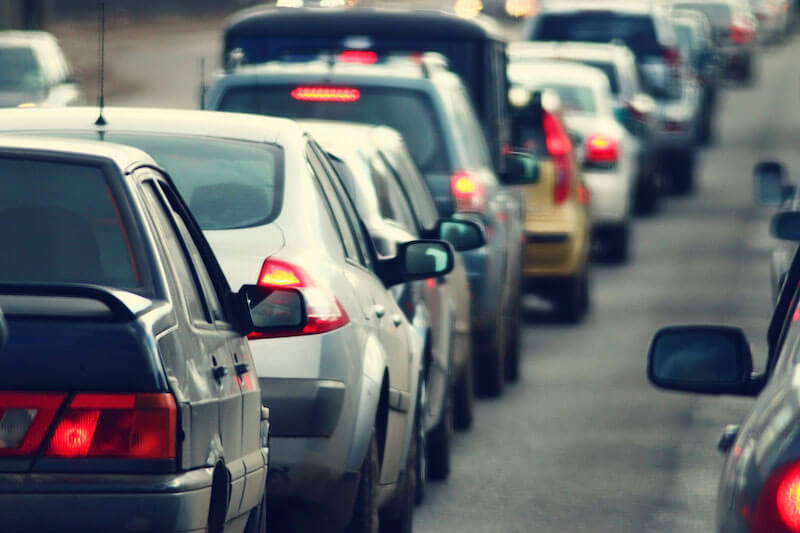 Census data collected by Statistics Canada reveals some interesting data about commuting from Windsor's best neighbourhoods. About 88 percent of Windsorites drive a personal vehicle to work, while 5 percent use public transit, and another five percent bike to work. 85.7 percent of commuters spend 29 minutes or less getting to work and back home again in Windsor. Only about 14 percent of workers spend more than 30 minutes a day commuting to work.

The confluence of the EC Row Expressway and Highway 401 is one intersection where traffic can slow down significantly during the morning and afternoon rushes. The Ambassador Bridge and the Detroit-Windsor Tunnel tend to get very crowded, with traffic moving slower between 5:00 and 7:00 p.m. each day. On Fridays, it's best to avoid the tunnel and bridge during these hours because tourists heading in both directions are also on the roads.

Parking costs $2.00 per hour at any of the city's 1,456 metered parking spots. Metered parking is enforced from 9:00 a.m. to 6:00 p.m. every Monday through Saturday, but it's free to park on holidays, Sundays, and after-hours, Monday–Saturday. About 2,400 additional parking spots are available in 29 off-street parking lots and two municipal parking garages maintained by the City of Windsor. Canadian war veterans with a poppy on their license plate can park free in any metered space, so long as they park within the time limit specified on the sign at the meter (usually up to two hours). 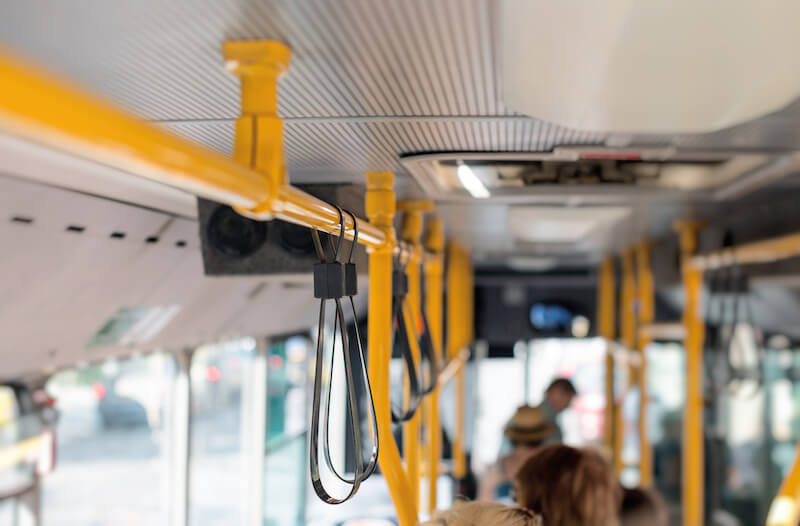 Transit Windsor is the municipal bus system in the city. It operates 16 bus routes in and around Windsor, which usually run on an out-and-back loop between two major points. Service on most routes begins between 6:00 and 6:30 a.m. and ends around midnight. Although bus routes are subject to weather and traffic conditions, Transit Windsor usually gets commuters to their destination within a reasonable amount of time.

The city maintains an easy-to-follow list of map routes and schedules for commuters. The Detroit-Windsor Tunnel Bus is a popular route whenever there is a professional sporting event in Detroit. It costs $7.50 for a one-way ticket in either direction.

Commute Times from Nearby Municipalities to Downtown Windsor

Not everyone who works for employers in Windsor's economy lives within the city's boundaries. For those who live in other municipalities nearby, here's a look at what daily commute times will likely look like to Downtown Windsor (City Centre).

The city of LaSalle is just to the southwest of Windsor, on the banks of the Detroit River. Driving from this suburb to Downtown Windsor usually takes 14 minutes in light traffic. It can take up to 24 minutes to drive during rush hour traffic. Taking the bus from LaSalle involves making three changes to different routes and takes about 90 minutes.

The Tecumseh neighbourhod is located on the northeast outskirts of Windsor. This commute can take 14 to 20 minutes in light traffic, depending on which route you take. During rush hour, it can take between 24 and 30 minutes to make the drive. Taking the Windsor Transit bus from Banwell Road in Tecumseh takes about one hour and 20 minutes.

The fastest route is to head west on the EC Row Expressway. Take the Dougall Avenue exit and head north as the road turns into Ouellette Avenue. Keep heading north until this street arrives at City Centre. A slightly slower route to Downtown involves taking Banwell Road north from Tecumseh and turning left on Wyandotte Street E. Wyandotte continues to the City Centre. This route is a few minutes slower than the Expressway because there are a lot of stoplights along the way.

Lakeshore is a community about 35 kilometres east of Windsor. The fastest route from the city of Lakeshore to Windsor takes about 27 minutes in non-rush hour traffic. During the morning rush, the drive can take between 40 and 45 minutes.

The fastest route involves driving south from Lakeshore and getting on the 401 MacDonald-Cartier Freeway westbound. Take the Dougall Parkway exit and follow that street until it turns into Ouellette Avenue, which heads directly to Downtown Windsor. There's no bus route from Lakeshore to Windsor.

Essex is located about 26 kilometres southeast of Windsor. The commute from this suburb takes about 27 minutes during non-rush hour traffic. During rush hour traffic, the commute takes about 40 minutes, with the slowest point on the route being right before the driver crosses over the 401 freeway. The bus route from the city of Essex to Windsor takes one hour and 45 minutes.

The fastest route is to take Highway 3 (Talbot Road) northwest of Essex, toward Windsor. Stay on North Talbot Road until it crosses the 401. Then, take either Sixth Concession Road or Howard Avenue northbound before turning left onto Dougall Parkway. Follow Dougall Parkway until it turns into Ouellette Road, and continue to Downtown Windsor.

Kingsville is on the shores of Lake Erie, about 45 kilometres southeast of Windsor. The commute in light traffic usually takes about 38 minutes. During rush hour traffic, the drive can take up to an hour. An afternoon-only bus route from the city of Kingsville to Windsor takes two hours and 40 minutes.

The fastest route is to take Division Road north from downtown Kingsville. Turn left on Highway 3 (Talbot Road). Then, follow the same route described above from Essex (Hwy 3 to Dougall Parkway to Ouellette Road).

The city of Leamington is a community about 51 kilometres southeast of the Windsor City Centre. This commute in light traffic takes about 42 minutes. The drive can take up to an hour and five minutes during rush hour traffic. The bus route from Leamington to Windsor takes two hours and 49 minutes and is only available in the afternoons.

The fastest route to Windsor from Leamington is to take Erie Street north and turn left on Highway 3. Follow the same route described above from Essex to Windsor (Hwy 3 to Dougall Parkway to Ouellette Road).

The town of Amherstburg is another waterfront town to the southwest, adding to the great waterfront neighbourhoods in Windsor. It's on the banks of the Detroit River before it flows into Lake Erie. It's about a 28-kilometre drive to Downtown Windsor, which takes around 30 minutes in light traffic. The route takes up to 45 minutes during rush hour. An afternoon-only bus route takes about an hour and 20 minutes.

The quickest drive from Amherstburg to Windsor is to take Highway 20 (Front Road) northbound. Continue through LaSalle until the road turns into Ojibway Parkway. Keep left on Ojibway Parkway until it curves to the right and turns into Sandwich Street. Drivers can then take Wyandotte Street W or University Avenue W eastbound to the City Centre.

A faster way to use the Detroit Windsor Tunnel is by signing up for the Nexpress Program. A Nexpress account can be pre-loaded with $75 to pay the tunnel's toll, providing access to faster lanes. A Nexpress sticker affixed to the windshield is read by a scanner, which raises the toll bar and allows motorists through more quickly than those paying for individual tolls.

Even during heavier traffic, commuting in and around Windsor doesn't take up that much of a driver's time. The key is learning the major roads in, out, and through the city. A smartphone traffic app can be a lifesaver for anyone moving to the city for the first time.