Living in Chatham-Kent ON: 11 Things to Know Before Moving 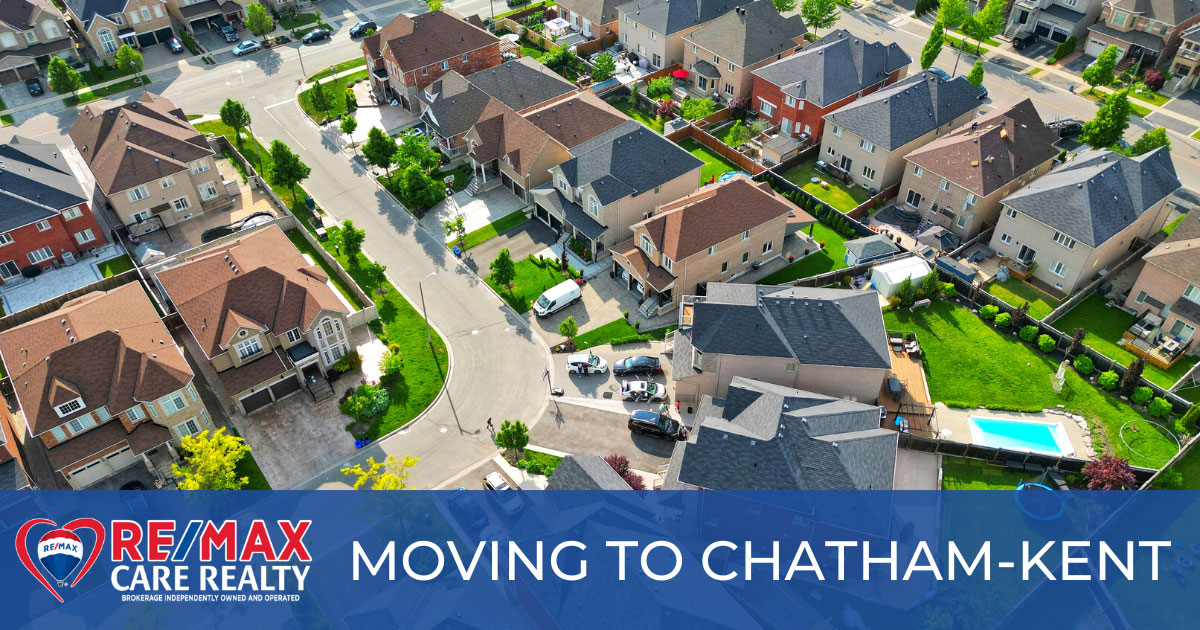 Living in Chatham-Kent, ON

The Chatham-Kent area is a beautiful and popular municipality on the banks of Lake Erie between the city of Windsor and London, Ontario. It includes Chatham, the town of Tilbury, Wallaceburg, Blenheim, Ridgetown, Wheatley, and Dresden. Best known for its fertile land, riverfront community, and rich history, Chatham-Kent has experienced a renaissance in recent years, with its unique cultural hubs, expansive commercial development, and increasing tourism industry. Moving to Chatham-Kent gives prospective residents the opportunity to make a home while leading an excellent quality of life.

Cost of Living in Chatham-Kent

More information about cost of living in Chatham-Kent: 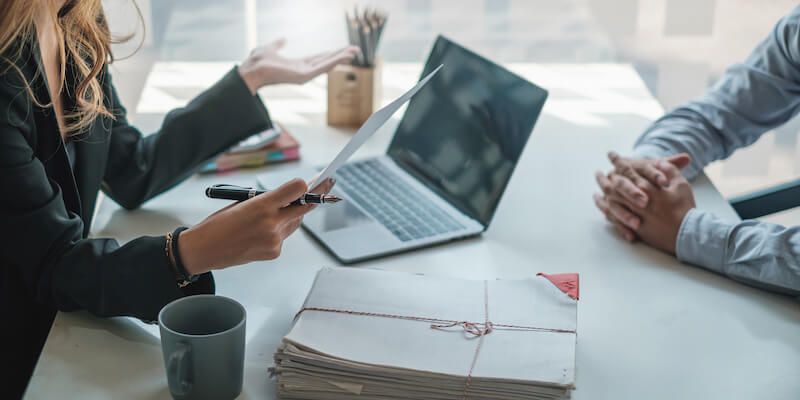 Among the many perks of moving to Chatham-Kent, perhaps one of the most beneficial is the area's job prospects. In recent years, Chatham-Kent has made it highly appealing for offices and corporations to move their headquarters to the area, bringing many high-paying jobs. Manufacturers in particular see the benefit of operating in the area, thanks to low corporate tax rates, an experienced workforce, and proximity to international markets in the United States.

Beyond manufacturing, Chatham-Kent has an increasing demand for skilled labour in many other industries, including agriculture, the public sector, the service industry, and professional industries, such as accounting, real estate, and law. The area of Chatham-Kent is committed to supporting small business owners; as such, they provide consulting services and community support to people starting small businesses. The Chatham-Kent Small Business Centre is a one-stop shop for advisory and support services for those looking to start or grow a small business.

More information about finding a job in Chatham-Kent:

Popular Industries in the Area

Of the many industries in the area, manufacturing and agriculture are among the most popular sectors. With its proximity to Windsor and its fertile farmlands, it's no wonder Chatham-Kent was traditionally known for these specialized industries. Others include automotive, oil, gas, and chemical, and transportation.

Yet, in recent years, Chatham-Kent has expanded its economic reach and has supported even more industries within the area. Along with manufacturing and agriculture, some of the most popular industries in the area are agribusiness, chemical engineering, and retail.

Things To Do in Chatham-Kent 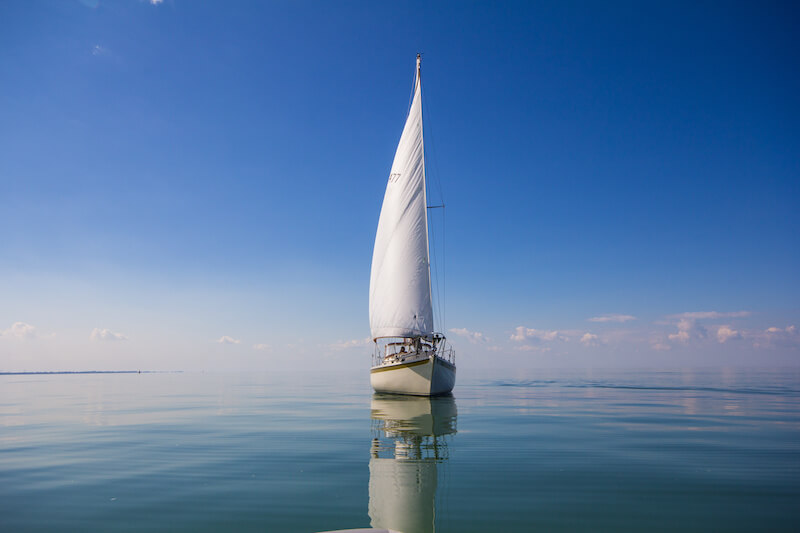 From its impressive nature trails to its spectacular history museums, Chatham-Kent is a treasure trove of wonders that keep residents and visitors entertained. Located between Lake Erie and Lake St. Clair, spring and summer are two of the busiest times for tourism in the area, making it an exciting place to be during the warmer months. Yet, Chatham-Kent has so much to offer its visitors, no matter what time of year. From classic car shows to fishing tournaments, there is something for everyone in Chatham-Kent. Start with a walking tour and see where the city takes you.

Known as an amenity-rich community within a rural setting, Chatham-Kent is the perfect gateway for outdoor enthusiasts. For anglers, the area has some of the best fishing in Ontario! The Great Erie Salmon and Walleye Hunt at the Erieau Marina is one of Lake Erie's oldest fishing tournaments and is a significant draw for fishermen all over North America. The Canadian Tire Mitchell's Bay Open is another popular fishing tournament. For those who prefer to experience nature in a more laidback setting, Chatham-Kent is home to the Saint Clair National Wildlife Area, which has nature trails and a treasure trove of plants, insects, and wildlife.

Of the many benefits of living in Chatham-Kent, one of the most underrated aspects is its rich history and culture. Originally a naval town during its founding, Chatham-Kent played a significant role in the War of 1812 and the Civil War. The Chatham-Kent Black Historical Museum and Black Mecca Museum showcase the area's role in the Underground Railroad. Another top-rated museum in the area is the Thames Art Gallery, which promotes visual arts. Early Acres Estate Winery is an award-winning winery that offers tastings and tours if you're looking for a place to unwind after a day at the museums.

Beyond the area's beautiful lakes and nature parks, Chatham-Kent has a vibrant nightlife with many restaurants and bars to keep you entertained after the sun goes down. For the beer connoisseur, Chatham-Kent has three microbreweries in the area. Bayside Brewing Co. is nestled in the lakeside town of Erieau, one of the area's oldest breweries. Other popular microbreweries are Sons of Kent Brewing Co. and Red Barn Brewing Co., which have fantastic, locally-sourced beers. Chatham-Kent has many wonderful restaurants for those who prefer dining out, from casual diners to fine dining establishments. Some of the most popular restaurants in Chatham-Kent are Yeck's Smokehouse Grille, Chilled Cork, and Centro Wood Fire Kitchen.

Located in southwest Ontario, Chatham-Kent is one of Canada's warmest cities. Chatham-Kent has a humid continental climate, with hot summers and frigid winters. Like other cities in the region, Chatham-Kent's climate is primarily influenced by the Great Lakes. The waters of Lake Erie regulate Chatham-Kent's temperatures, providing the area with warmer winters and cooler summers compared to other regions in Canada. This, however, comes with higher humidity.

Fortunately, Chatham-Kent has two significant lakes nearby where residents and visitors can take refuge from the heat. Chatham-Kent's warmest months are July and August, with temperatures averaging 18.5 to 29.3 degrees Celsius. Contrasting the summer months, Chatham-Kent has bitter-cold winter months, with temperatures averaging -6 to 2 degrees Celsius. The coldest months are typically between December and January, although there can be some cold snaps in the late fall and early spring. Chatham-Kent has a lower precipitation accumulation than other parts of Canada, including rainfall and snowfall. The average rainfall is 803.1 mm per year, while the average snowfall is 79.2 cm per year.

More information about the climate in Chatham-Kent:

Chatham-Kent has some of the lowest traffic congestion of any major city in Ontario, which is one of the many benefits of living and working in the area. There's a wide variety of Chatham-Kent vacant land and lots thanks to the same wide-open spaces that keep traffic at a minimum. Chatham-Kent residents spend much less time in traffic than those in Toronto and Ottawa.

The average drive time for commuters is 19 minutes, with the majority of drivers leaving for work between 7:00 a.m. and 7:59 a.m. This contrasts significantly with Toronto—Toronto residents, on average, spend over 350 hours per year driving to and from work.

Chatham-Kent's peak rush hour traffic is from 6–9 a.m. and 4–5 p.m. on weekdays, but the traffic is staggered compared to many other major cities. Factors like driving and public transportation can impact home values, so it's important to consider them when buying a home.

More information about traffic in Chatham-Kent:

As a primarily rural area, commuters in Chatham-Kent rarely experience grid-lock traffic when commuting to and from work. Traffic jams are more likely for those driving to and from larger cities like Windsor or London for work. Two major highways run east to west in the area: Highway 401 and Highway 2. Commuters can offset part of their commute on those two highways by taking Highway 40, Highway 42, or Highway 3, depending on their direction. 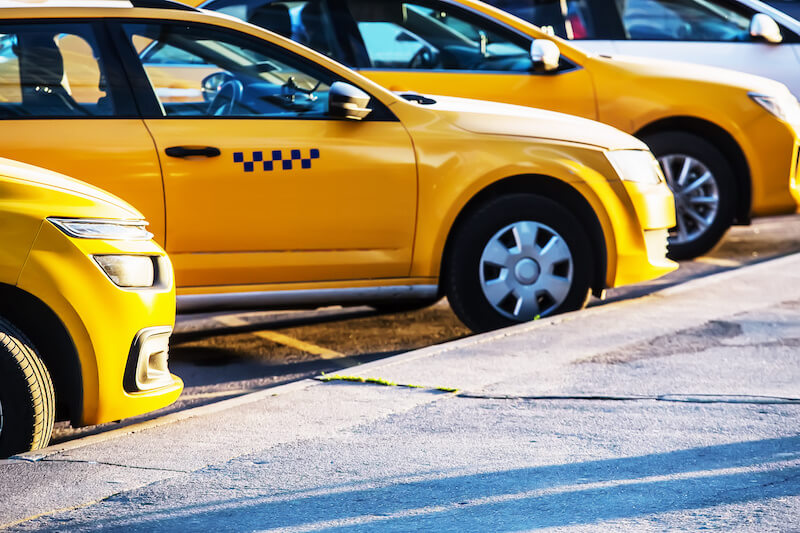 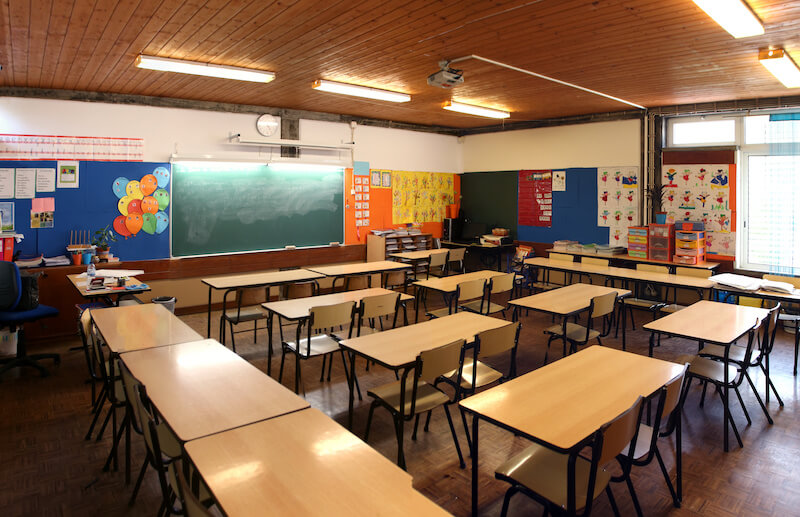 Along with employment opportunities, one of the main factors a family considers before deciding on and planning a move is the area's educational opportunities. Chatham-Kent has many schooling options, from Pre-K to post-secondary school and everything in between. There are two anglophone and one francophone school boards in Chatham-Kent: Lambton Kent District School Board, headquartered in both Chatham and Sarnia; the St. Clair Catholic District School Board, headquartered in the beautiful Wallaceburg community; and the Conseil Scolaire Catholique Providence, known as CSC Providence.

The Lambton Kent District School Board is the public school board that educates students in Lambton and Kent counties. The school board serves over 21,000 students from the city of Wheatley, Tilbury, the city of Merlin, the Blenheim community, Chatham, the city of Ridgetown, the Thamesville community, the city of Dresden, Wallaceburg, the Bothwell community, Mooretown, Corunna, Sarnia, Brigden, Petrolia, Alvinston, Point Edward, Wyoming, Watford, Forest, and Grand Bend.

The St. Clair Catholic School Board is a private school board that manages Catholic education in Lambton County, separate from Lambton Kent. The Board operates 26 elementary and two high schools, providing a popular alternative for students looking for private, religion-based education.

CSC Providence is a French-language Catholic school board for southwestern Ontario, Canada. It serves over 10,000 students, with 23 elementary and eight high schools. With these three central school districts, Chatham-Kent students have plenty of options when it comes to education.

Chatham-Kent has much to offer its residents, including beautiful lakes, rich cultural hubs, and growing economic opportunities. Whether buying one of Chatham-Kent's luxury homes or renting a townhome downtown, living in the area gives residents an excellent quality of life that may not be accessible elsewhere, all while providing many of the amenities found in larger Ontario cities. Exploring Chatham-Kent is the first step to falling in love with this enchanting riverside city.

If you're dreaming of a home in Chatham-Kent, contact Team Goran of RE/MAX CARE Realty at (519) 979-9949 to get in touch with a Chatham-Kent real estate agent who can help find your perfect place.